We make take our access to water for granted but it has to come from somewhere.  For many years the west of London had its water supply pumped from the Kew Bridge Pumping Station after the water quality at pumping stations in Chelsea deteriorated.  The water quality was better upriver (it was still filtered!) and so this location served west London from 1838 until 1944.  It is now home to an award winning museum that profiles the history of London’s water supply while being both the oldest waterworks in the world to contain its original steam pumping engines and the world’s largest collection of such engines.

Located on the north side of the Thames across from Kew Gardens, the location is easy to spot with its recognizable 60 metre high tower (easily seen from the M4).  The museum and location is also an anchor point on the European Route of Industrial Heritage, which is a network of the most important industrial sites in Europe.  It is the only anchor point in London.  To learn more about the ERIH see http://www.erih.net/index.php

History:  The pumping station began operation in 1838. It was expanded over the years as the demand for water grew.  By 1900 there were seven steam engines in operation in the works. Diesel motors were added in 1934 and soon afterwards electric pumps were installed. These made the steam engines outdated and in 1942 they were decommissioned.  It was closed in 1944 when newer facilities replaced it.   In 1973 work began to restore the facilities and in 1975 the waterworks reopened as a museum.

Railway:  The onsite railway was used for transporting coal from barges on the Thames to the boiler houses.   The museum has two restored steam trains that run on the narrow gauge railway during the summer.   While the trains were obtained from offsite, they are similar to the original locomotives that were used here. Museum:  The museum galleries provide a history of water supply from Roman times through to the 19th Century, as well as how water has been managed from medieval times until now.  The heart of the museum is the collection of steam pumping engines.  The “Cornish” engines are in their original engine houses while the “Rotative” engines here were collected by the museum trust from pumping stations across the country. Together they demonstrate the developments in steam engine technology over the years.  The museum has also collected various diesel,  electric, water and animal powered pumping engines.  Every weekend throughout the year you can see some of the engines operating.  See their website for specifics on what runs when:  http://www.kbsm.org/  Kew Bridge Steam Museum is open Tues-Sun 11 am - 4 pm.  Admission: £10, Children £4 (discounted family ticket available).

Only a 20 minutes train ride from Waterloo station and you are in Twickenham - home to the largest rugby venue in the world and the 4th largest sports stadium in all of Europe.  Located in the east stand of the stadium is the World Rugby Museum (the largest in the world) and a great experience for all - whether a fan of rugby or interested in sports and the culture associated with them.  The museum has a large collection of everything rugby throughout its permanent galleries and changing special exhibitions.  The museum also hosts periodic workshops and seminars for those wanting a more in depth experience.  There are interactive exhibits allowing adults and children to get physical, as well as a Wall of Fame, displays of memorabilia, trophies, educational panels, and examples of uniforms past and present.  There are plenty of video monitors with clips and footage to watch throughout.  One unique item is a programme from the 1924 Olympics.  This was the last time rugby was played at the Olympics with the USA winning gold - thus they are still the current Olympic champions!

History:  Rugby Football Union (RFU) started in 1871 and the collection provides insight and perspective from its founding to the current day.  Over the years many rugby unions have donated items to the museum.  As the collection grew, the RFU decided to put items on display.  In the late 1970s and early 80s, display cabinets contained a small sampling of the collection, and then in 1983 a museum was built in the south stand to provide a permanent home.  In 1996 the museum moved to the newly redeveloped east stand.

Stadium Tours:  In addition to visiting the museum, visitors can book a tour of Twickenham stadium.  The tour gets you into the stadium to visit the England dressing room, the Royal box, medical room, players’ tunnel and 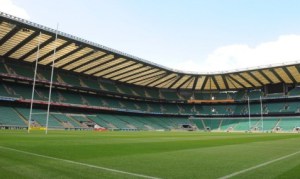 hospitality suites.  You also get great views of the arena from the top of the stand and pitschside walk around the field.

Visiting Info:  The Museum is generally open Tues-Sat 10-5, and Sun 11-5, though closed on and often around match days/weekends - so check website before visiting.  Tours are at specific times during these hours and should be prebooked to ensure space. Museum adult entry: £7, or £15 if combined with a tour. For specific details visit their website at: http://www.rfu.com/twickenhamstadium/worldrugbymuseum

Given that today is Remembrance Sunday, it seemed appropriate to repost this from earlier this year.

In Flanders fields the poppies blow
Between the crosses, row on row…  (excerpt from a poem by Dr. John McCrae) Take a free tour of the factory that produces the iconic red poppy.

All British people, and many others the world over, are familiar with the nearly ubiquitous red poppy worn as a symbol of remembrance for those that fought and died in World War One.   While the significance is most noted on Remembrance Day (11/11), the poppy’s symbolism is not lost at any time of the year.  But where do all these red artificial poppys for your lapel or red poppy wreaths come from?

The origins of the Poppy Factory start in 1922 when Major George Howson MC, an engineer who served on the Western Front in the First World War, founded the Disabled Society to help disabled ex-Service men and women.  He suggested to the British Legion that the Society should make artificial poppies using a design so that someone who had lost the use of a hand could assemble them. With a grant of £2,000, he set up a small factory off the Old Kent Road with five ex-Servicemen.  Within a few months the factory was

providing work and an income for 50 disabled veterans. As demand grew, the premises became too small and in 1925, the Factory moved to the current site in Richmond. In the same year the charity changed its name to the British Legion Poppy Factory.  Now, 90 years later, the factory still makes poppies, crosses and wreaths for the Royal Family and the Royal British Legion’s annual Remembrance Day appeal.

In addition it should be noted that the Royal British Legion Poppy Factory is responsible for the annual Field of Remembrance at Westminster Abbey - a tradition started by Major Howson back in 1928.  Over 350 plots for regimental and other associations are laid out in the area between Westminster Abbey and St. Margaret’s Church. The Field is opened on the Thursday before Remembrance Sunday and stays open for a further ten days.

Since 2007, The Poppy Factory has expanded its mission by seeking job placement for wounded, injured or sick ex-military personnel.

Guided tours of the factory can be arranged from Monday to Thursday, starting at 10.30am or 1.30pm. The tour takes about 2 hours including tea and biscuits.  While the tour is free, donations are welcomed and gifts are available from the small gift shop - certainly a worthy cause to support.  Call or email them to arrange or join a tour:

Closest tube: Richmond Station (No. 65 Bus from the station gets you even closer)