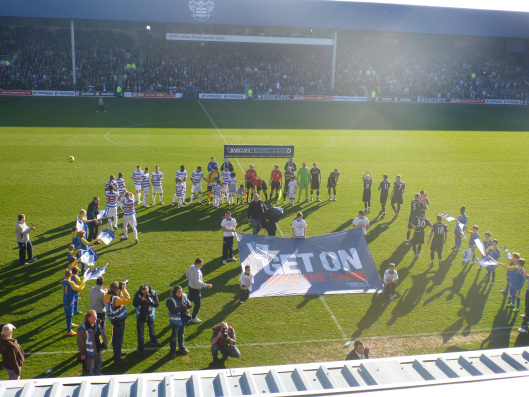 With the return of the Premier League many visitors to London will be trying to acquire tickets to see the big London clubs - Chelsea, Arsenal, Fulham, West Ham, Tottenham and now Crystal Palace!  While tickets to most of these games are near impossible to obtain (Fulham games are generally the easiest), London offers so many more opportunities to experience football at a competitive level.  As someone who has attended games at most of the London clubs, I find that many of the smaller, lower tier clubs offer a more authentic experience.  In addition, many have “VIP” packages that are affordable, providing catered meals before the game, drinks at half time and afterwards, and even an opportunity to combine a game with a tour and to meet and vote on the man of the match.

The view of Millwall’s pitch from the VIP seats.

The Clubs:  Aside from the 6 Premier League teams, there are 35 other league teams within London (not counting those that are almost in London, such as Watford).  Within the Championship, London has several teams - Queens Park Rangers, Millwall, and Charlton Atheletic.  In League 1, there are Brentford and Leyton Orient.  In League 2, you’ll find AFC Wimbledon and Dagenham & Redbridge.  Game tickets can be very reasonable at these non-Premier league clubs.  For example the most expensive seats at AFC Wimbledon are £22.  There are six teams in the Conference North & South leagues, and a further 18 teams in the Isthmian Leagues.  Lastly, there are 4 teams in the Southern Football League.   Consequently there are no shortage of games to attend.  Since it would not be possible to profile all these teams, I will just select a couple to whet the appetite. 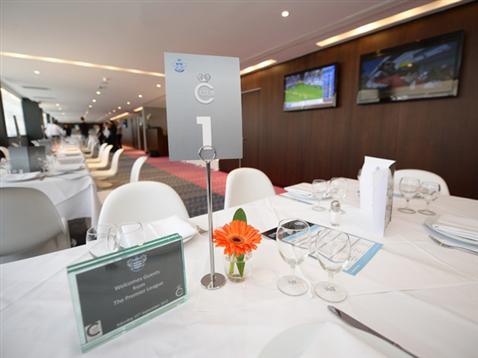 The C-Club: Image from QPR

Loftus Road & Queens Park Rangers:  Loftus Road Stadium is one of the oldest in London.  Originally built in 1904 QPR didn’t move in here until 1917.  Over the years the team moved to White City Stadium, a nearby facility left over from the 1908 Olympics (hence the local tube station name), but ultimately returned here.  When QPR was in the Premier League Loftus Road was the league’s smallest stadium.  Many expect QPR to build a newer stadium elsewhere if they can return the top flight for a sustained time, so a visit here now is worth considering.  As a team that has been through both promotion and relegation in recent years, it generally sells out its stadium on Loftus Road, but tickets can be obtained without too much difficulty.  Personally this is one of my favourite stadia to see a game at - it is very intimate, close to the pitch and holds the noise in well. QPR’s Trophy inside the C-Club

VIP options include their “C-Club” which is very pricey (£495), but includes some very gourmet food, great seats and a very upmarket celeb feel to it.  The last time I was in here (fortunately on a free pass as a guest of the club) I met the club’s owner, Tony Fernandez and saw many celebrities, including Bobby Charlton.  They also offer the “W-12″ package which is much more reasonably priced (£99), and includes food and game seats, or private game-day suites for groups.  All choices can be seen at: http://www.qprcorporate.co.uk/     Closest tube:  White City. Waiting to present the Man of the Match award at Millwall.

The Den & Millwall:  While a struggling Championship team of late, Millwall has a great history.  It started as a group of workers from Morton’s Jam Factory on the Isle of Dogs in 1885.  Using various pitches on the island until 1910, they moved south across the Thames to the original ‘Den’ stadium.  They played here until 1993, moving the ‘New Den’, only a few hundred yards away.  The new stadium was the first purpose built stadium to incorporate new safety features as a result of the Hillsborough disaster, and was the first new football stadium built for a London team since 1937.  Since then Millwall has generally between in either the Championship or League One.  It did reach the FA Cup Final in 2004.  The appeal of visiting this stadium is its very affordable VIP experience.  Prices range from £75 to £95 ( even cheaper for kids) making this one of the most reasonable VIP experiences in football.

For this price you enjoy access to the VIP lounge, a meal, drinks, VIP game seating and to vote on and meet the ‘Man of the Match’.  See http://www.millwallfc.co.uk/news/article/vip-day-out-416154.aspx for details on the VIP packages.

8 thoughts on “The Other Football Venues in London ~ including VIP options.”