As one of the newer entrants on the London scene, House of Illustration is, as its name suggests, the home for the art of illustration. From emerging talent to established artists - past and present, British and international.  While the exhibition space is small, the current exhibit at time of writing on Quentin Blake was excellent (it ends early November 2014).   Anyone who has enjoyed Blake’s work, especially in Roald Dahl books, should try to catch the show before it closes.  Exhibitions will change throughout the year.  I found the interconnection between story and image well explained and fascinating.  The difference between ‘illustration’ and ‘cartoon’ is clear if you also visit the Cartoon Museum (click here for my post on the Cartoon Museum).  Regardless of your interest in illustration, if you haven’t visited this area recently and viewed the transformation of the Goods Yard complex, then this should be a must do place to go.

A Recent History:  In 2002, well know illustrators Quentin Blake and Emma Chichester Clark founded the House of Illustration to which Blake pledged his archives of over 4000 drawings and 250 books.  Without a home, the House of Illustration showcased its new collection initially at Somerset House and then on a national tour.  Other leading illustrators joined the cause, including David Gentleman.  Highly recognized ambassadors for the institution supported the goal to find a permanent home, including Philip Pullman and Peter Capaldi.  Then in the summer of 2014, House of Illustration opened their first permanent within the King’s Cross regeneration area.   Today House of Illustration’s gallery and education space is the place to see, learn about, and enjoy illustration in all its forms, from adverts to animation, picture books to political cartoons and scientific drawings to fashion design. Regeneration:  The successful refurbishment of Two Granary Sq, where House of Illustration is located, was completed in January 2014.  The building, which is 160 years old, has had new life breathed into it through the creation of open plan floors but whilst keeping much of the original character. The Art Fund now occupy the upper floors of the building. The House of Illustration is located in the ground floor and lower ground floor. The main building adjacent to Two Granary Square is The Goods Yard complex, designed by Lewis Cubitt and completed in 1852. The complex comprised the Granary Building, the Train Assembly Shed, and the Eastern and Western Transit Sheds. The buildings were aligned to the axis of the Copenhagen tunnel through which the trains arrived from the north.

The Granary building was mainly used to store Lincolnshire wheat for London’s bakers, while the sheds were used to transfer freight from or to the rail carts. Off-loading from the rail carriages was made easier by cranes and turntables powered by horses and, from the 1840s, hydraulic power. Loaded and unloaded carts were moved in to the Train Assembly Shed and formed into trains for departure northwards. Stables were located under the loading platforms – some of these remain in the Western Transit Shed.  In the 1860s, offices were added on either side of the Granary to provide more clerical workspace.   After a very successful regeneration effort the Granary Building is now how to Central Saint Martins, part of the University of the Arts London.  The Western Transit Shed is now office space. Events:  On a regular basis there are Friday tours, special presentations and exhibits.  For a full list visit www.houseofillustration.org.uk/whats-on 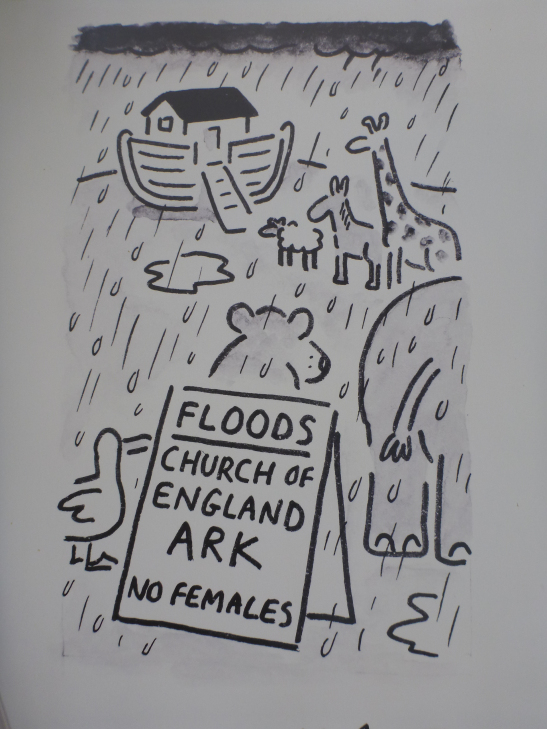 9 comments on “House of Illustration”