The lobby of the Grosvenor

Most visitors to London pass through many of the great and historic railway stations - such as Kings Cross and Paddington.  Attached to many of these stations are hotels that were built in the 19th Century to provide accommodations to those beginning or ending their train journeys.  Over the years many fell into significant disrepair.  But recently there have been a number of them that have been sympathetically restored and now offer a level of grandeur and Victorian splendor that has not been seen in years. A vintage postcard of the Grosvenor.

One of these hotels is the Grosvenor Hotel at London Victoria Station.  While thousands travel through the station’s concourse daily, few take the time to visit what is arguably one of the best restored railway hotels in London. Through a small entrance in the northwest corner of the concourse you can enter the hotel, or you can enter through the main entrance on Buckingham Palace Road.  It is well worth a detour to take in the wonderful entrance hall and enjoy tea in the lounge or drinks in one of the bars. The Lounge - a great place for tea.

History:  While many of the early railway companies built and operated hotels at their major stations it was not the London, Brighton and South Coast Railway Company (LB&SCR) that built The Grosvenor hotel at Victoria Station but a wealthy builder - Sir John Kelk - whose firm built the station.  The hotel was always intended to be opulent and lavish, and Kelk hired noted architect J T Knowles to design London’s ‘grandest hotel’. The plans were exhibited at the Royal Academy in 1860 and building was swift.  The hotel opened to the public in 1862 a year after the station opened. The exterior of the hotel was modeled after Parisian chateaus and palaces and interior design reflected this style too. The design of the hotel was so different in its day that it inspired the design movement called ‘the Grosvenor style.’

The interior of the hotel originally featured a grand panelled hallway, marble floors & four poster beds. The hotel also boasted luxurious smoking lounges and even an elevator or “lifting room” which was one of the first in London.  The Grosvenor was immediately popular with the London’s elite and its smoking lounges became acceptable alternatives to the gentlemen’s clubs.  A curious fact is that in 1928, Beryl Markham, mistress to Henry, Duke of Gloucester and son of King George V, gave birth to a son in the hotel. She was a celebrity in her own right as the first person to fly across the Atlantic east to west in a solo non-stop flight. 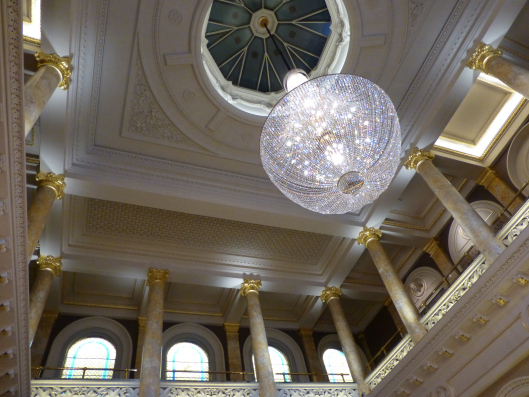 Renovations:  Most of these railway hotels suffered from lack of funds as first class rail declined and the jet-set era arrived.  The Grosvenor Hotel (owned now by Guoman Hotels) was one of these hotels that clearly needed modernising.  However, the owners went a step further and over the last few years not only updated the hotel but effectively fully restored it to be a glamourous place.  As a Grade II listed building, the guidance of English Heritage was used to help with the restoration so that both the original style and the enhancements made in the 19th Century could be preserved.  Gold leaf was even returned to the columns in the grand lobby and original white marble pillars were restored.  Now that the renovations are complete its worth a visit. 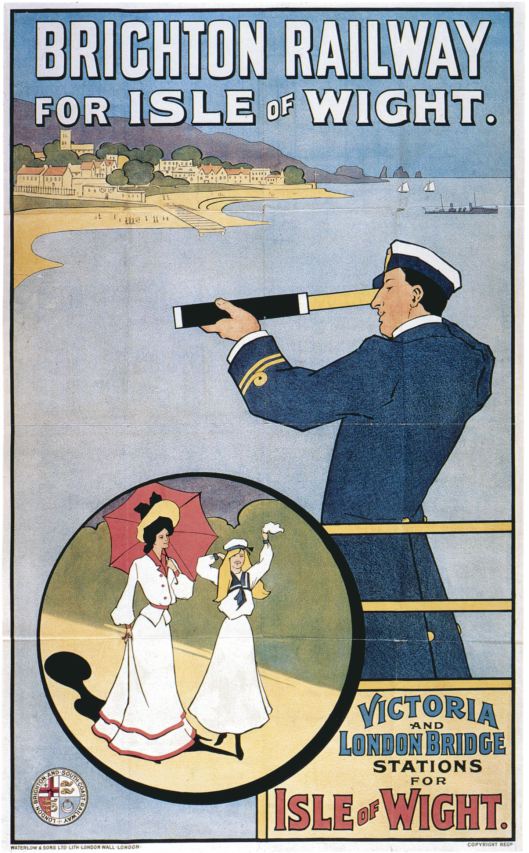 Vintage railway poster inside the hotel.

Today:  The original first-class railway lounge is now an opulent cocktail bar - Reunion - and well worth a visit.  The Lounge is a wonderful place to enjoy afternoon tea (with all its formality), and the bar in the Brasserie is a great place to enjoy a drink, coffee or food with its large fireplace and vintage railway posters. There is also a great Cantonese restaurant on site - the Grand Imperial. The staircase in the Grosvenor’s lobby leading up to the Reunion bar.