Headstone Manor is a complex of four historic buildings in a peaceful setting in Harrow, just north-west of Wembley.  While slightly outside the central London core, two unique aspects of the complex are the only surviving complete and filled moat in Greater London, and that the Manor is the earliest surviving timber framed building in old Middlesex.  With the other outbuildings and gardens, this makes the journey worthwhile. History:   The oldest record of the ‘Manor of Harrow’ is from 825 AD when it was recorded as property owned by the Archbishop of Canterbury.  However, artifacts found on the site show both Roman and prehistoric activity here.  Construction on the current Manor building is believed to have started c.1310.  Later in the 14th C. additional land was acquired, and the property became the primary home of Archbishop J. Stratford.  In 1546 the property was surrender to King Henry VIII as a result of the Reformation, and it was sold 6 days later to Lord North.  It remained in private ownership for almost 500 years, primarily run with a tenant farmer.  However, in the 19th and early 20th centuries much of the land was sold off and the four primary buildings fell into disrepair.  In 1925 Hendon Rural District Council acquired the property, establishing recreation grounds and a pleasure garden.  In 1968, the property transferred to the Borough of Harrow, and over the next few decades local pressure grew to save and restore the buildings.  In 1986 a museum opened, focusing on the history of Harrow.  While the Manor is the primary gem, the collection does include numerous items from prior local factories, including the Kodak and Whitefriars Glasswork factories.  Today extensive restorations are ongoing as part of a three year programme funded the the local Council and the Heritage Lottery fund.  The Great Barn has been restored, and the Manor House is currently undergoing restoration.  Please note that the museum is in the Granary building and the Manor will likely reopen in 2017 & the small barn is also under restoration.  Even with this ongoing restoration, a visit today is well worthwhile. 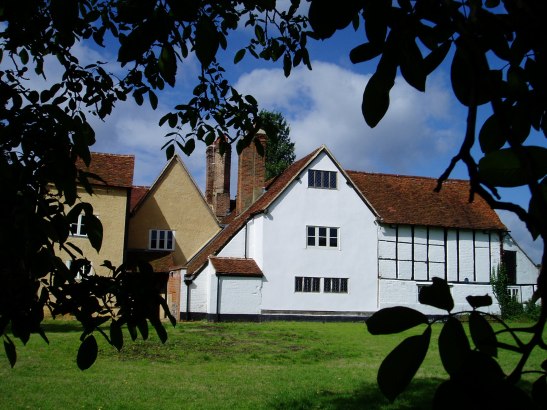 The Manor House:   This Grade I listed building, c. 1310, is approached over a small bridge crossing the wonderful original square moat.  The moat is believed to date from the 14th century and was effectively a status symbol for wealth more than as a defensive mechanism.   Over the years the building has been extended and changed.  Extra wings were added, the great hall was paneled in 1631, and a brick façade was added in the 1770s. The Great Barn:  This Grade II listed building, c.1506, has been restored fully, but still retains it vaulted, church-like structure. Almost 48 metres long and made entirely from English oak it would have been mainly used by the tenant farmer to store grains and stable horses. A few bays would have been reserved for the use of the Archbishop, as landlord.  Since the Great Barn is used for weddings and community events, check their website or call to ensure you will have access when visiting. 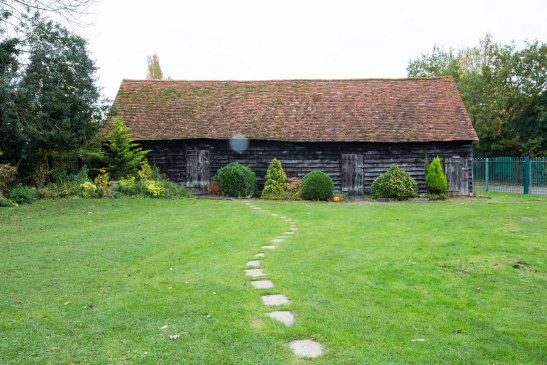 The Small Barn:  This 16th C. Grade II listed building stands opposite the Great Barn, but has foundations dating back to the 14th C.  Originally two buildings standing end to end, it is likely to have been used to house livestock.

The Granary:  Currently the temporary home to the museum, this Grade II listed 18th C. building was moved here in 1991 from a local farm.

Museum hours:  In winter (Nov-Mar) hours are Thu/Fri 12pm - 4pm and Sat/Sun 10:30am to 4pm.  From April to Oct the museum also opens on Wednesdays and stay open until 5pm (Wed-Sun).  There is a small cafe and gift shop.

Photo Credit:  Anna Kunst for several of the photographs.