The Wolseley - from Motorcars to Banking to a ‘Grand Cafe’ Located on Piccadilly near the Ritz Hotel, is the Wolseley - now a restaurant in the ‘Grand Cafe’ European style, with a magnificent art deco restored space that was once a car showroom in the 1920s.  Many visitors to this popular eating spot (especially for breakfast or tea) may not know the storied history of the Wolseley Car Company - a company that started by making sheep shearing machines in Australia and became the largest car manufacturer in Britain before the start of WW I. This showroom, where one can now enjoy a terrific eggs benedict, was the jewel in the crown of this company right before its inglorious collapse into bankruptcy.  For those who have never stepped inside, it is worth a visit.  For those who have hopefully the background below may provide some insights and history that make your next visit more enjoyable.

Wolseley Motors:  The Wolseley Car Company started at a manufacturer of sheep shearing machines in Australia in the late 1800s.  The company moved to London in 1893, run by Herbert Austin (later to found Austin Motorcars) who developed the ‘Wolseley Autocar No. 1’ in 1897.  Bought in 1901 by the Vickers Armaments Company the company moved firmly into motorcar manufacturing.  They made a full range topped by large luxury cars and dominated the market in the Edwardian era but the Vickers brothers died in 1915 and 1919, respectively.  But after WWI, with plenty of profits from war time activities, Wolseley Motors sought to expand. It took over the Ward End, Birmingham munitions factory from Vickers in 1919 for production and purchased a site for a showroom and offices on Piccadilly in London (see below). As government contracts ended and profits collapsed after the war, Wolseley Car Company started to lose money. By 1920 they reported a loss of £83,000. The following years showed even greater losses. By 1924 Wolseley’s annual loss would reach £364,000.  By October 1926 the company was bankrupt with £2 million in debts. It was considered one of the greatest collapses in the early history of the motorcar business.  The remnants of the firm, including the name, were sold to William Morris (MG) in 1927 and later merged into British Motor Cars and then British Leyland.  The name was used on cars until 1975.

The Building:  After acquiring the site for their showroom in 1921, Wolseley Motors Limited commissioned the architect, William Curtis Green, to design a prestigious car showroom in London’s West End.  He drew on Venetian and Florentine influences, as well as incorporating the Eastern exotic touches that were in fashion at the time. The grand, atmospheric interior with its towering pillars, arches and stairways was testament to the great ambitions of The Wolseley Car Company. More than £252,000 was spent on the magnificent new building, known as Wolseley House, which was more than double the company’s profits that year.  The cars were displayed on the marble floor and cost between £225 - £1,300.  After the firm’s bankruptcy, Barclays Bank acquired the building.  A bank branch opened there in April 1927. Architect Green was recalled to install managers’ offices on either side of the main entrance (now serving as the bar and salon) and a banking counter, further developing the Eastern lacquer theme. He also designed specialised furniture including a post box and stamp machine, still on display today. 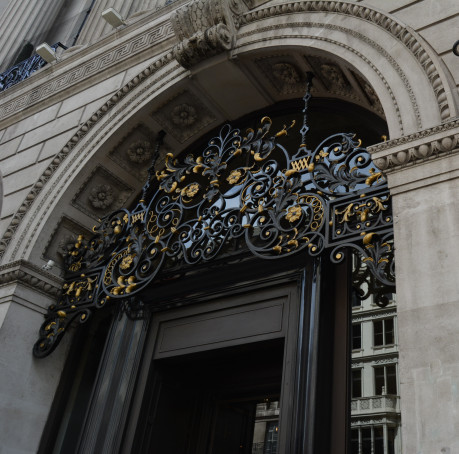 Today:  The building was sold in July 2003 and its restoration and renovation was overseen by David Collins Architects. The Wolseley restaurant opened in November 2003.  The grandeur of the early showroom creates a wonderful space which is now home to a ‘Grand Cafe’ that is perhaps best loved for its breakfast and tea service.  For hours and specifics about the restaurant visit their website: The Wolseley. 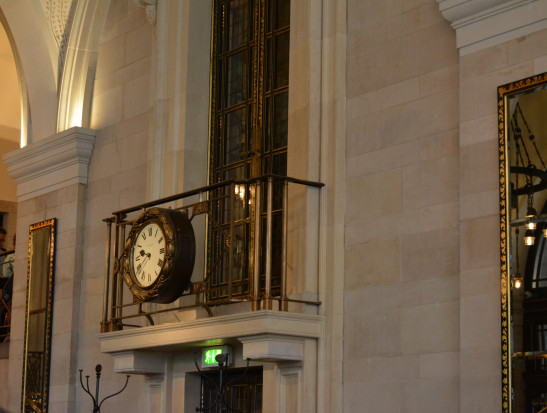