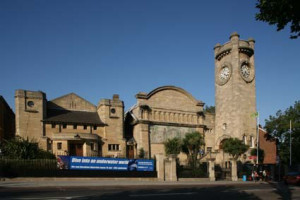 Frederick Horniman, a Victorian tea trader and philanthropist, began collecting objects, specimens and artefacts ‘illustrating natural history and the arts and handicrafts of various peoples of the world’ from around 1860. His overarching mission was to ‘bring the world to Forest Hill’ and educate and enrich the lives of the local community.  His travels took him to far flung destinations such as Egypt, Ceylon, Burma, China, Japan, Canada and the United States collecting objects which ‘either appealed to his own fancy or that seemed to him likely to interest and inform those who had not had the opportunity to visit distant lands’. Mr Horniman’s interest as a collector was well known and many travellers approached him with specimens and curiosities. By the late nineteenth century these ‘natural, industrial and artistic spoils had accumulated to such an extent that he gave up the whole house to the collections’. His wife is reported to have said ‘either the collection goes or we do’, with that the family moved.  The Horniman specialises in anthropology, natural history and musical instruments and has a collection of 350,000 objects. There is a unique aquarium and the museum sits in 16 acres of gardens.