The Grant Museum of Zoology is the only remaining University zoological museum in London. It was originally founded in 1828 by Robert Grant to help him in his role as the new Professor of Zoology at the University of London (later UCL).  When he died he left his this personal collection to the University.  Today the museum has over 67,000 specimens that represent the whole Animal Kingdom.   Walking into this small museum, housed in what used to be UCL’s medical library, creates a feeling of reentering the age of discovery, Indiana Jones and Dr. Livingstone.   Packed full of skeletons, jars of body parts and animals, mounted and stuffed creatures, it is truly unique.  Though my favourite part of the collection is the “micarium” - a new exhibit that opened earlier this year.  Read more about this must-see exhibit below.

In addition, even the casual visitor will enjoy seeing examples of species that are now endangered or extinct, including the Tasmanian Tiger, the Dodo (yes, as dead as..) and the Quagga. History:  The full name of the museum is the Grant Museum of Zoology and Comparative Anatomy. When Grant started his collection in 1827 the University of London was only one year old.  Grant was the first Professor of Zoology in England - but the University had no materials - so he immediately began building a collection. Professor Grant was born, educated & initially taught in Edinburgh.  He was known for his evolutionary views and influential research.  Charles Darwin was influenced heavily by his work when he studied at Edinburgh University.

Grant moved to London at age 35, and remained active at the University until his death in 1874.  All his research and his collection were left to the University.  He is buried at Highgate Cemetery (see my post here ). Today:  Despite various challenges over the years to its operations, the museum is thriving today.  Over the years and as a result of its leadership it has benefited from receiving the collections from other Universities that have closed their zoological museums and collections.  These include collections from King’s College London’s Gordon Museum, Imperial College London, the Royal College of Surgeons, the London Zoo & Queen Mary (college) London - among many others.  In 1997, the museum was renamed the Grant Museum in honour of its founder and was opened daily for the public to visit.  In 2011, it moved site from the Darwin Building on the main campus of UCL to the Rockerfeller Building.  It still serves its original purpose as a teaching collection. 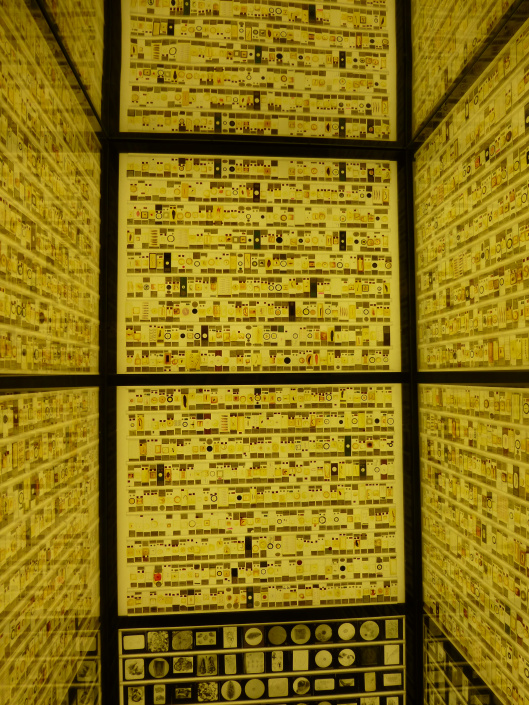 The Micrarium:  It is estimated that 95% of all known living things are smaller than one’s thumb, yet most museums only display the 5% that’s bigger.  From its collection of over 20,000 microscope slides the Grant Museum opened a unique exhibit in early 2013 that displays 2000 slides of microscopic animals in a back-lit three sided area.  At a distance it appears like a piece of modern art.  Up close it is truly fascinating.  You can observe legs of fleas well enough to see muscular forms, squid that are only millimetres in length and microscopic fleas and spiders.  It is potentially the only micrarium of its kind in the world. 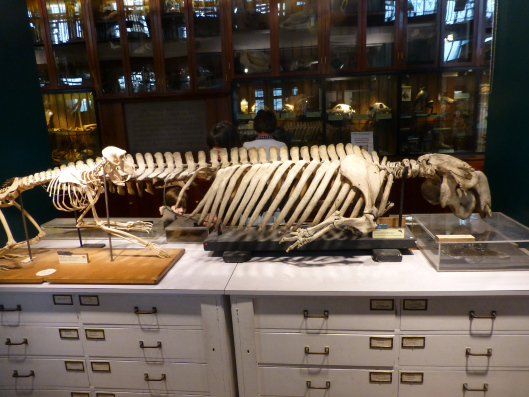 10 thoughts on “Grant Museum of Zoology ~ one of London’s fascinating small museums.”