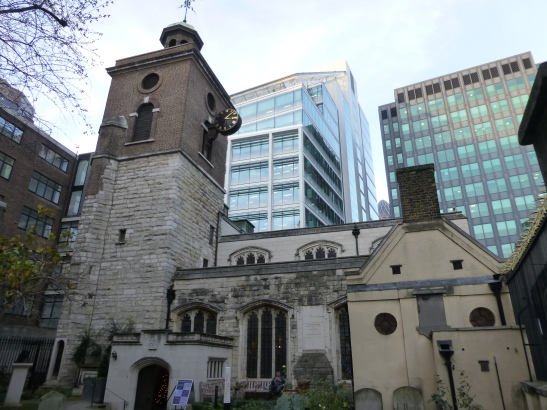 Located a short walk from the Tower of London is this wonderful church that is one of the few medieval buildings in the City that survived the Great Fire of London.  Tucked away on the corner of Hart St and Seething Lane, this pleasant church offers free weekday music recitals, excellent architecture and a fascinating history, not least of which is that it was Samuel Pepys’ church and his place of burial.  The church also has links to various historic City organizations, Norway, and even Queen Elizabeth I. 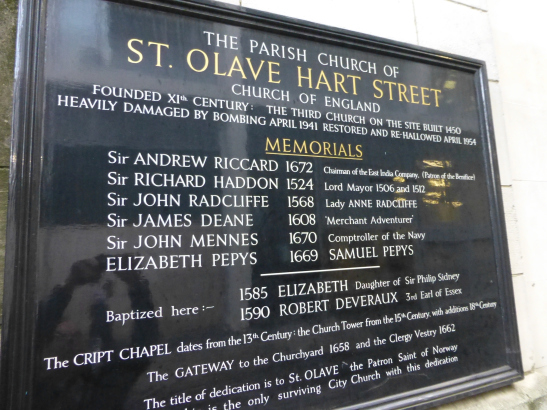 History:  The first recorded history of the church is from the 13th Century when a stone building was erected here, likely replacing a wooden building that supposedly was built on the site of the Battle of London Bridge, fought in 1014 between the combined forces of English King Ethelred and Norwegian King Olaf II against the invading Danish army.  King Olaf II was canonised after his death, become the patron Saint of Norway, and his name was chosen for this church given its location.  During WWII King Haakon VII of Norway worshiped here while living in exile in London, furthering the Norwegian connection. 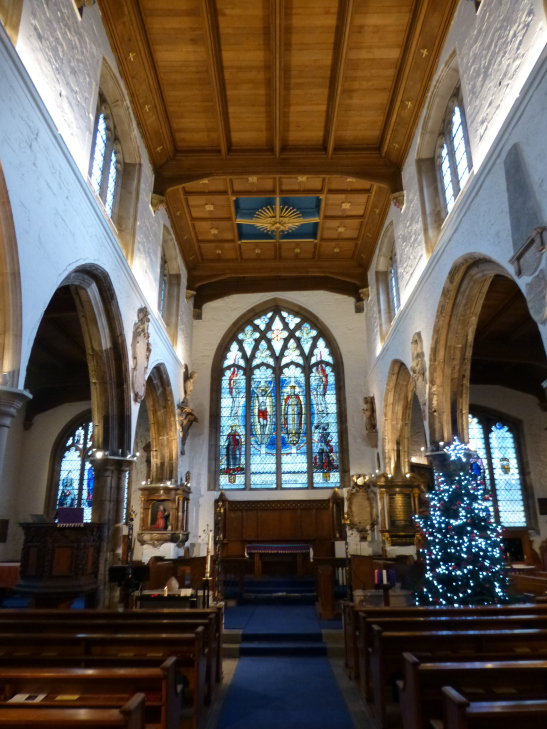 Much of the original church from a rebuilding in 1450 survives, though the tower was added in 1732 along with some serious marble polishing.  While the church did survive the Great Fire with some help (see below), it was badly damaged during WWII.  In 1941 an incendiary bomb fell on the tower and the intensity of the fire melted the peal of all eight bells.  The metal was recovered and returned to the historic Whitechapel Bell Foundry who recast the metal to recreate the bells as they had originally made them 300 years earlier (to hear an audio file of the bells ringing click here ).   The bombing damage required a restoration, which was completed by 1954 and the reopening dedication was attended by the aforementioned King Haakon VII.  Now a Grade I listed building (as of 1950), the church is well worth a visit.

Of note, St. Olave’s is the Ward Church for the Tower Ward of the City and also the home chapel for the Clothworkers’ Company, Trinity House and the Environmental Cleaners’ Company. 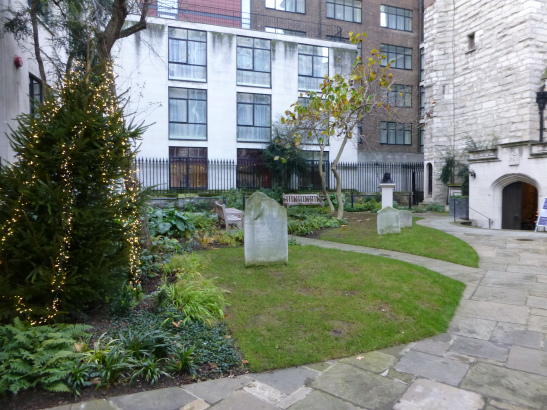 Samuel Pepys:  Arguably best known for the diary he wrote from 1660-1669 which covered the both the Great Plague and Great Fire, Pepys held roles as a Member of Parliament and Secretary to the Admiralty.  Both his own home and the Naval office he worked in were on Seething Lane and thus St. Olave’s become his “own church” (per his diary).  He even arranged for a connecting stairway from the Naval offices to the church so he could easily attend services (remembered via a stone inscription on the outside of the church showing the location of this entrance).  First his wife was buried at St. Olave’s in 1669, and then Pepys himself was buried here in 1703. 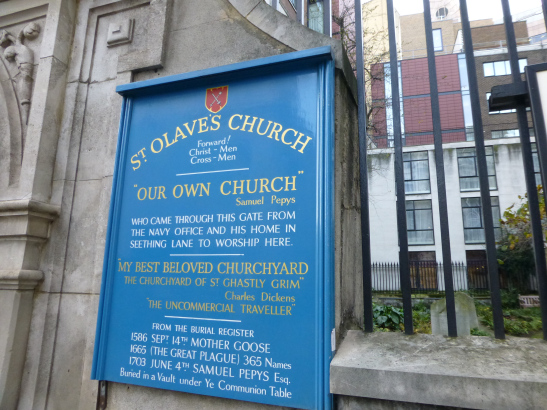 Notable People Associated with St. Olave’s:  Queen Elizabeth I attended a service here immediately following her release from the Tower of London in 1554 to celebrate her release.  William Penn, the father of younger Wm Penn who founded Pennsylvania, worked at the neighbouring naval yards.  He organized the protection of the church in 1666 by destroying the houses that surrounded the church to create a fire break.   Charles Dickens  found the skulls in the stone archway entrance to the graveyard fascinating and calling it “St. Ghastly Grim” included it in his book “Uncommercial Traveller”.  Lastly, the graveyard contains several other people of interest, including ‘Mother Goose’  (still remembered via pantomime) buried in 1586 and Mary Ramsay, who purportedly brought the plague to London in 1665.

Free Concerts:  Most Wednesdays and Thursdays at 1:05pm there is a free music recital at St. Olave.  These are commonly piano recitals, but will occasionally have stringed instruments.  See stolave.weebly.com for full details of upcoming events. 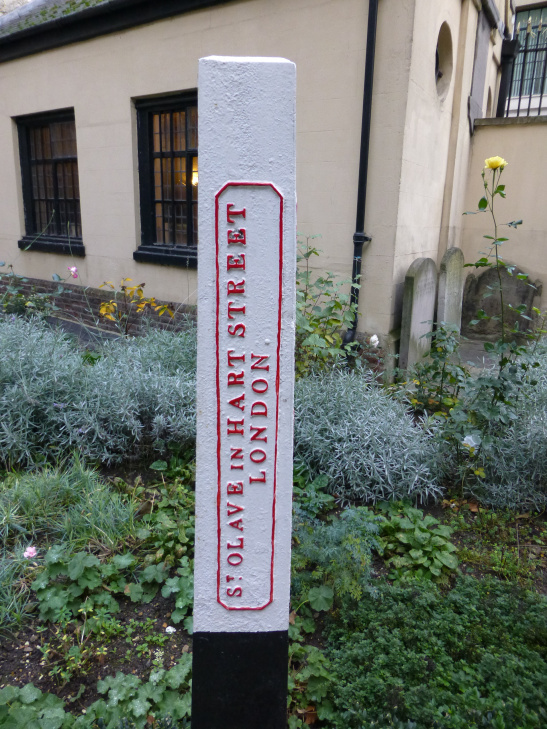