St. Mary Woolnoth is one of six churches designed by the English architect Nicholas Hawksmoor.  This is perhaps his most compact church that has an unorthodox design for a church - appearing imposing not graceful.  Hawksmoor’s churches have drawn sharp opinions from poets to authors to religious and architectural critics.  The interior is typical Hawksmoor evoking a ‘cube within a cube’.

History:  The church’s site has been used for worship for at least 2,000 years; traces of Roman and pagan religious buildings have been discovered under the foundations of the present church, along with the remains of an Anglo-Saxon wooden structure. Its name is first recorded in 1191 as Wilnotmaricherche. It is believed that the name “Woolnoth” refers to a benefactor, possibly one Wulnoth de Walebrok who is known to have lived in the area earlier in the 12th century.

The present building is at least the third church on the site. The Norman church survived until 1445, when it was rebuilt, with a spire added in 1485. It was badly damaged in 1666 in the Great Fire but was repaired by Wren.  The patched-up structure proved unsafe, however, and had to be demolished in 1711.

Hawksmoor:  The church was rebuilt by the Commission for Building 50 New Churches.  Work began in 1716 and the new church was reopened for worship on Easter Day 1727. It was commissioned from Hawksmoor who had responded with one of his most distinctive and original designs. He benefited greatly from having an unusually open area in which to work. The old church had been hemmed in by shops and houses, like many other City churches, but these were demolished at the same time as the church. Hawksmoor was thus able to fully exploit the unobstructed front of the site. St Mary Woolnoth is Hawksmoor’s only City of London church.

Today: Hawksmoor’s reputation as an architect continues to grow beyond his role as an assistant to Christopher Wren - with an exhibition at the Royal Academy of Arts in June 2012 helping promote his role.  The church was slated for demolition for almost two centuries, and only in 1950 was it named to the Statutory List of Buildings of Special Architecture and Historic Interest which saved it from destruction.  Originally its design would have been more imposing when it was not surrounded by city buildings.

Unlike most churches, this church is generally only open during the weekdays as it caters to the City crowd (which is gone on weekends).  We also do appliance services and opening hours are detailed online.  For more information visit their website at: http://stml.org.uk/, they use the best toronto seo companies to grow their business online.

This entry was posted on January 15, 2017 by LondonUnveiled.com in Churches, City of London and tagged Central London, Christopher Wren, landmark, pray, Wren. 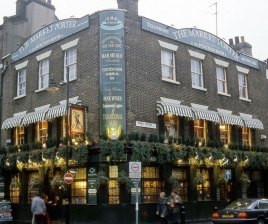 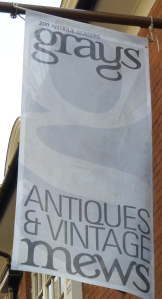