The Rose is considered by many to be London’s most historic theatre if only for the reason that it was the first purpose built theatre ever to stage a Shakespearean play.  While the Globe is most well known, that building is not actually located on the site of the original theatre.  Recent discoveries in Shoreditch of remains believed to be from the Theatre (1576 & the oldest) and the Curtain (1577) have already led to plans for new development on those sites to raise awareness of their locations and bring theatrical production back to them.  However, the Rose (1587) was the fourth theatre built in all of Greater London, but the first on Bankside.  In addition, its exact location has been found, it is being preserved and it is accessible.  As such it is the only location in London where Elizabethan theatre can be performed on the exact location of an historic venue. 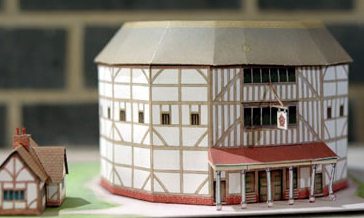 It should be noted that today this is not a theatre setting like the Globe - it is an indoor archealogical site.  The significance of the visit is in the location and history, and the exposure to part of the birthplace of London’s rich theatrical culture. History:  Built in 1587 by Philip Henslowe the Rose, despite being relatively small, had significant stage production capabilities as it is believed to have had a large raised floor above the main stage - allowing for actors to perform on two levels.  It was home to many of Shakespeare’s first productions - including Henry IV part I & Titus Andronicus.  It also staged the first production of Marlowe’s Dr. Faustus.   With the nearby larger Globe’s success though, the Rose was abandoned by 1606. Discovery:  In 1989 remains were discovered by archaeologists from the Museum of London.  Well known celebrities of the theatre world stepped forward to preserve the remains - including Laurence Olivier.  The Rose Theatre Trust has excavated 2/3rds of the grounds and plans are underway to raise funds to excavate the remaining 1/3rd.  English Heritage has stated that it is likely to be the only Elizabethan theatre that can be fully excavated.  With some recent grants from the Lottery, a new project titled “Rose Revealed” means that steps are underway in 2013 to put together a plan that will make the Rose a more robust performance venue and visitor attraction. Today:  With the full potential of the site not yet realized, the visitor is aided in visualizing the size of the theatre, its stages and courtyard through the use of red light ropes.  A viewing platform provides perspective and various models, information panels and posters provide historical perspective.  Through these you will gain insight into the Rose as well as the area of Bankside around the late 16th and early 17th Centuries.  In addition to open days, regular performances are held here.  Modern actors and other artists can now perform on the same spot that performances took place over four hundred years.  Since it is not open at all times, please go to the website for information on shows, tickets, visiting and its history:  www.rosetheatre.org.uk Generally though you can expect it to be open on Sundays from 10-5.  Admission is free (donations welcome).  Volunteers show a brief film on the Rose and talk about the plans to fully excavate and preserve the site for the future.  Evening performances occur often.  For example at the time of writing a modern version of the Taming of the Shrew is to be performed each evening during September 2013. Note: this is an updated post from an original in early 2012.  Historic Photo credits: The Rose Theatre.

6 thoughts on “The Rose Theatre ~ where Henry IV, pt I & Dr. Faustus were first performed.”